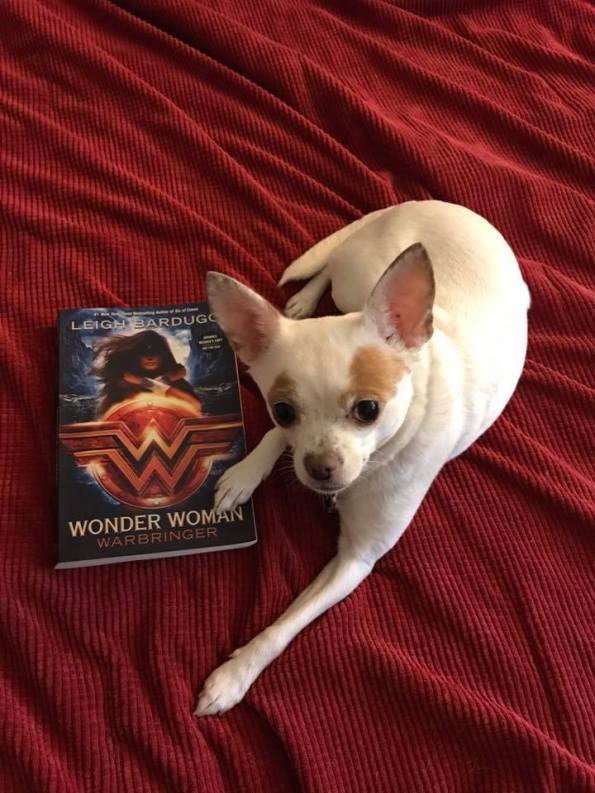 She will become one of the world’s greatest heroes: WONDER WOMAN. But first she is Diana, Princess of the Amazons. And her fight is just beginning. . . .

Diana longs to prove herself to her legendary warrior sisters. But when the opportunity finally comes, she throws away her chance at glory and breaks Amazon law—risking exile—to save a mere mortal. Even worse, Alia Keralis is no ordinary girl and with this single brave act, Diana may have doomed the world.

Alia just wanted to escape her overprotective brother with a semester at sea. She doesn’t know she is being hunted. When a bomb detonates aboard her ship, Alia is rescued by a mysterious girl of extraordinary strength and forced to confront a horrible truth: Alia is a Warbringer—a direct descendant of the infamous Helen of Troy, fated to bring about an age of bloodshed and misery.

Together, Diana and Alia will face an army of enemies—mortal and divine—determined to either destroy or possess the Warbringer. If they have any hope of saving both their worlds, they will have to stand side by side against the tide of war.

Before Diana became Wonder Woman she was training to be an Amazon warrior. During her time training a girl wash up on shore. Diana learns this girl is deadly, making the rest of the amazons sick. With her kind hearts she wants to save everyone, even this girl they call warbringer. It gonna be a very long journey to save everyone and sneaking of the island. Can Diana save her people in time? What secrets lays within this one girl? With everyone waiting the girl dead it’s up to Diana to protect her. This book a pretty good, it brought the world of Wonder Woman to life. Really enjoy the cover and story behind it. To see how to story unfold the book comes out sometimes this week. Happy Reading!