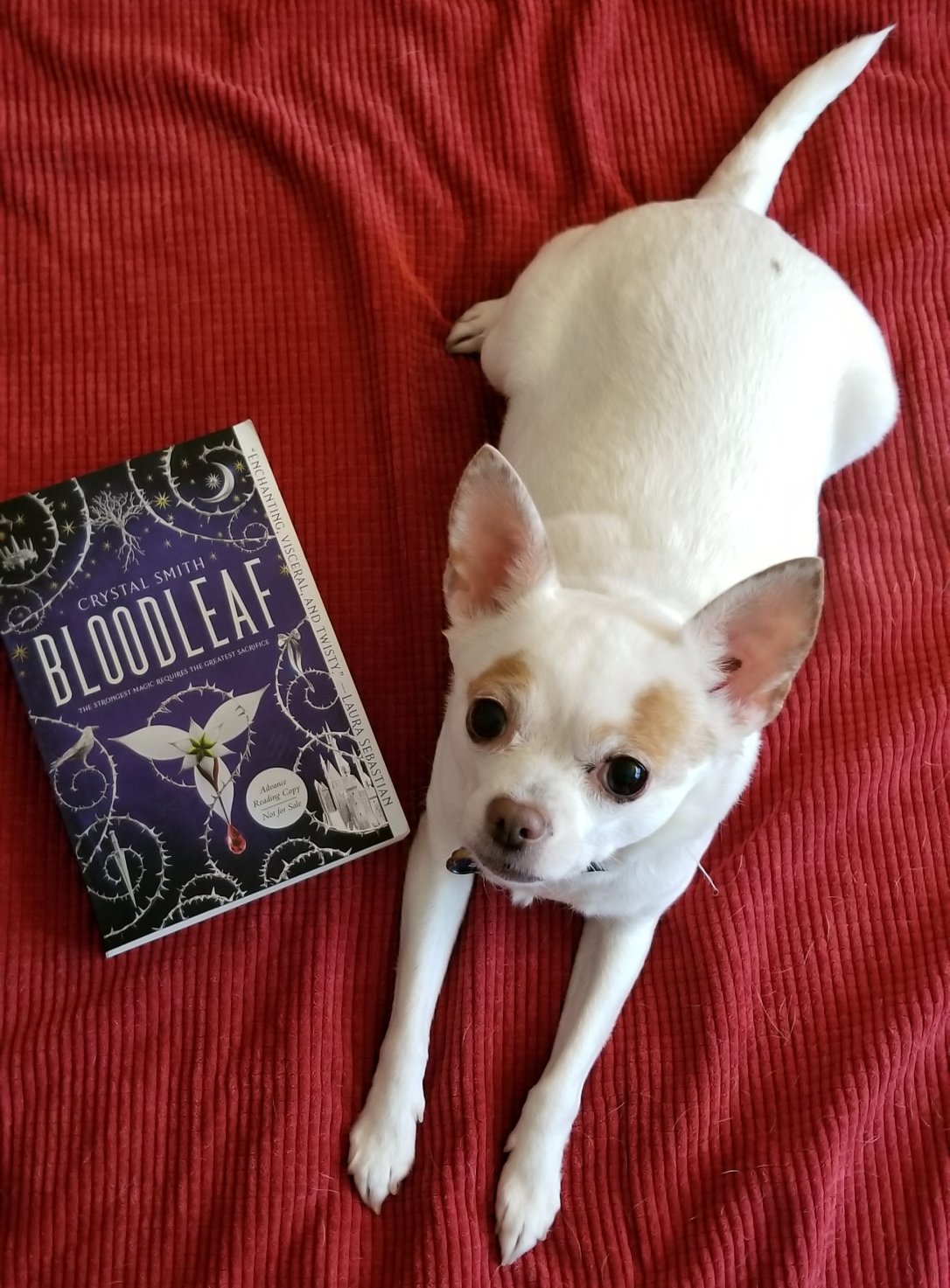 Perfect for fans of RED QUEEN and UPROOTED, Crystal Smith’s debut novel, BLOODLEAF, is an imaginative retelling of the Grimm Fairy tale “The Goose Girl” that takes a ghostly mystery and sets it inside an epic fantasy world.

Princess Aurelia is a prisoner to her crown and the heir that nobody wants. Surrounded by spirits and banned from using her blood-magic, Aurelia flees her country after a devastating assassination attempt. To escape her fate, Aurelia disguises herself as a commoner in a new land and discovers a happiness her crown has never allowed. As she forges new bonds and perfects her magic, she begins to fall for a man who is forbidden to rule beside her. But the ghosts that haunt Aurelia refuse to abandon her, and she finds herself succumbing to their call as they expose a nefarious plot that only she can defeat. Will she be forced to choose between the weight of the crown and the freedom of her new life?

Since I’m such am huge fantasy reader, I got to say Bloodleaf was such an great read. The storyline was epic and can relate to the characters in the book. Hope more people get a chance to discover this read.

Aurelia is a different kind of princess. She must hide her powers from her people and protect herself, until she can become queen. She watches helplessly as others around her are dying because they have magic. With an attempt on her life, she must now go on the run.

Zan is the kinda guy you might fall for. He is very mysterious person at first. But he shows some kindness when he first finds Aurelia. Little does he know who this girl is. I enjoyed how these two interact with other and also butting heads at first. Will they be able to work together and save the kingdom?

This book was action packed, and filled with a lot of magic. It was such a fast pace read and very hard to put down. Bloodleaf is prefect for fantasy lovers a like. Comes out March 12th.