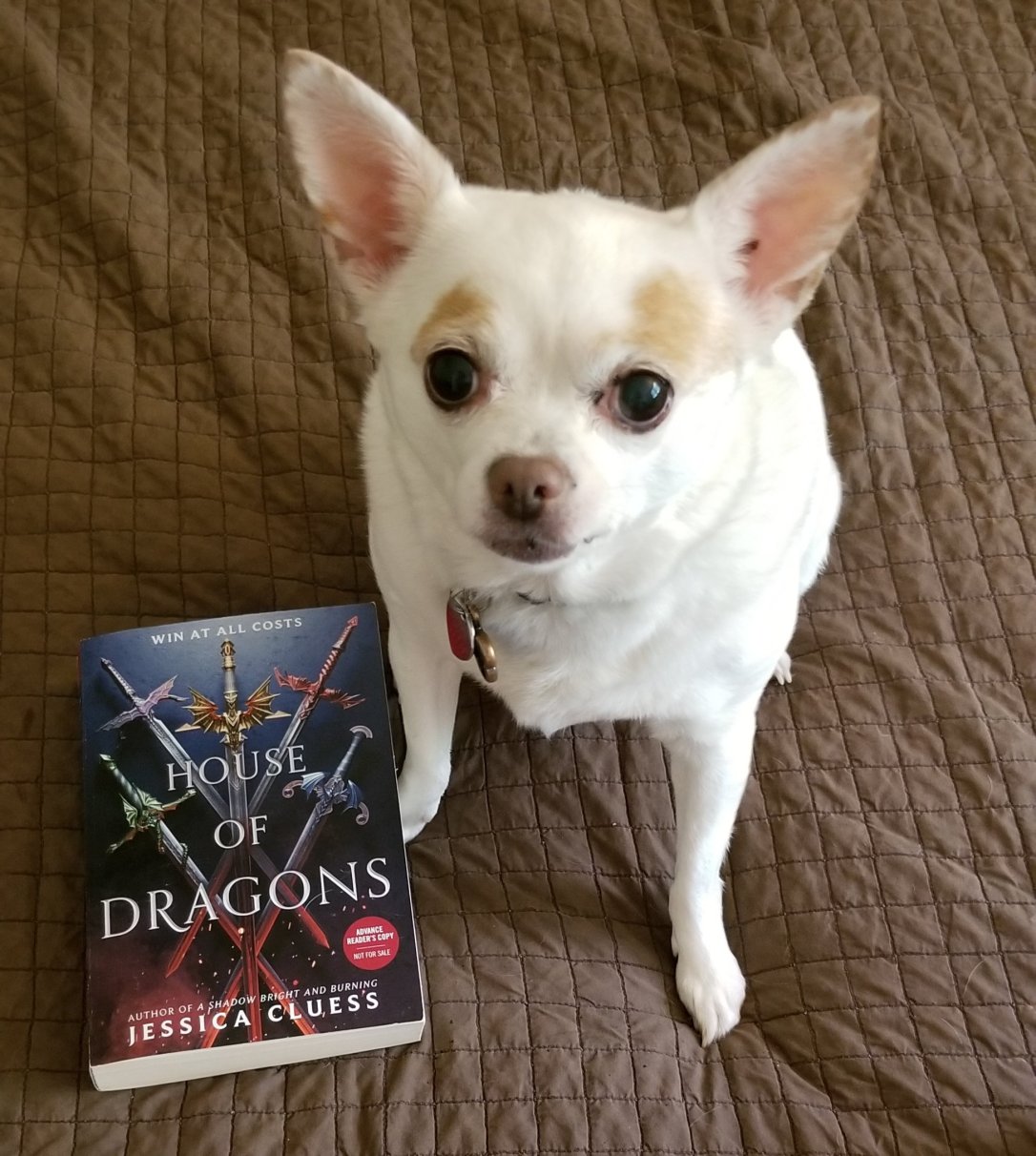 Five royal houses will hear the call to compete in the Trial for the dragon throne. A liar, a soldier, a servant, a thief, and a murderer will answer it. Who will win?

When the Emperor dies, the five royal houses of Etrusia attend the Call, where one of their own will be selected to compete for the throne. It is always the oldest child, the one who has been preparing for years to compete in the Trial. But this year is different. This year, these five outcasts will answer the call….

THE LIAR: Emilia must hide her dark magic or be put to death.

THE SOLDIER: Lucian is a warrior who has sworn to never lift a sword again.

THE SERVANT: Vespir is a dragon trainer whose skills alone will keep her in the game.

THE THIEF: Ajax knows that nothing is free–he must take what he wants.

THE MURDERER: Hyperia was born to rule and will stop at nothing to take her throne.

House of Dragons was action packed and full of fun. Well there may be some blood shed also. I was excited to get my hand on the arc at ala this year. Will end up buying it when I can. The world building is not as glamorous as you think it is. It’s full of bad people and killers. Of course they have dragons to make them more deadly. The main characters are ruthless and selfish at times but I did full in love with their dragons.

Emilia is the brains of the group. She knows everything between politics and the dragon trials. Her sister was supposed to go this year but she end up being picked. Now she must fight for her life or have her secery exposed.

Lucian is a big fighter and killer at the start of the book. He wants nothing to do with the dragon trials, but then he gets the call. He notice something different at first at the trials when he see Emilia his old best friend there. Lucian may seem uncaring, but I think Emilia brings out the best in him at times.

Vespir loves to train dragons and has a forbidden love with someone. Never she thought she would get call. She is no royal or even has a house name. Vespir knows nothing much of the ins and out being a royal, so why was she picked to rule?

Ajax is like the comedian in the group. He hardly takes anything series. Ajax is just thief and only cares about himself and his dragon, Dog. He feels sorry for Vespir because he knows they both are the weaknesses leak in the trials.

Hyperia is ruthless and would do anything to lead the kingdom, even kill her own sister to complete. She seems to have a soft side a little bit around Ajak, but I would not trust her. Only ruling the kingdom matters to her, even if she might have to kill again.

There so characters you either love or hate them in the end. The world building and everything was fantastic. Have not yet fallen in love with a character in the book yet.

Mostly I was falling in love with a dragon name, Dog. He has such a cute personality in the book. Dog acts like a dog at times. He is rut of the litter and just want to have fun and be love. While the other dragons are so series about their job. That enough on dragon the dog. I could go on forever.

This review is very long sorry. Lots of story and tons of characters to sort through. So many also twists and turns. Who will win in the end? I’m so looking forward for book two to come out.