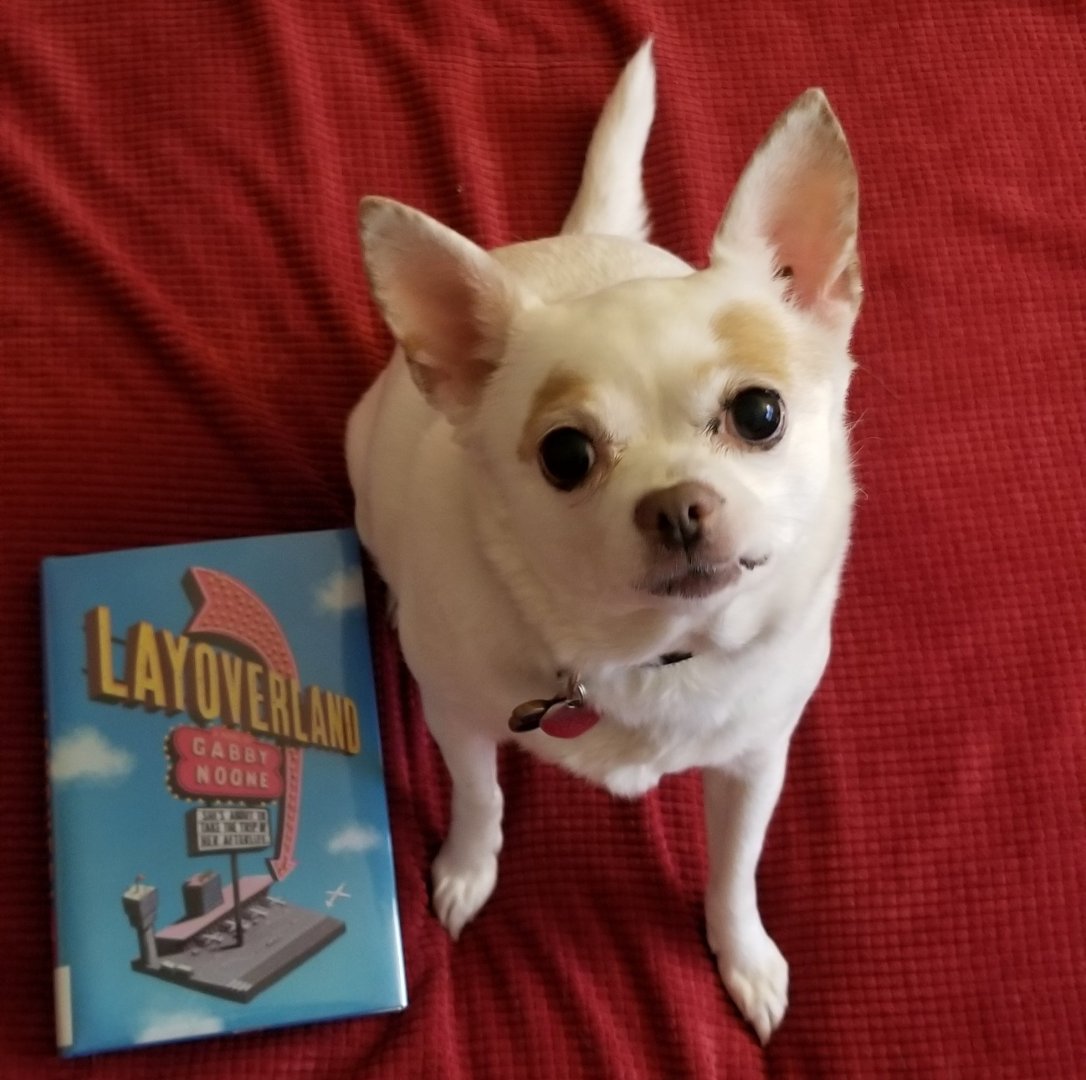 Two teens, one stuck atoning for her sins and one destined for heaven, fall in love in purgatory in this darkly hilarious and heartfelt rom-com, perfect for fans of The Good Place.

Beatrice Fox deserves to go straight to hell. At least, that’s what she thinks. On her last day on Earth, she ruined the life of the person she loves most–her little sister, Emmy. So when Bea awakens from a fatal car accident to find herself on an airplane headed for a mysterious destination, she’s confused, to say the least. Once on the ground, Bea receives some truly harrowing news: not only is she in purgatory, but she has been chosen to join the Memory Experience team. If she wants another shot at heaven, she’ll have to use her master manipulation skills to help 5,000 souls suss out what’s keeping them from moving on.

There’s just one slight problem. Bea’s first assigned soul is Caleb, the boy who caused her accident, and the last person Bea would ever want to send to the pearly gates. But as much as Bea would love to see Caleb suffer for dooming her to a seemingly endless future of listening to other people’s problems, she can’t help but notice that he’s kind of cute, and sort of sweet, and that maybe, despite her best efforts, she’s totally falling for him. And to make matters worse, he’s definitely falling for her. Now, determined to make the most of her time in purgatory, Bea must decide what is truly worth dying for–romance or revenge.

Welcome to Layoverland! A place where you wait for your number to be called to be place in heaven or be stuck forever in limbo.

Beatrice was having a such bad day. First she gets into a fight with her sister and then a truck hits her car. Next thing she know she waking up on a plane. She is told she is dead and must now collect 5,000 souls to move on.

Bea may not be a bad person at heart, but she does things out of revenge. She never thinks of the consequences of her actions. Just punish people her way, like with Caleb. The boy who caused this mess in the first. When she has to receive his memories to cross over. Bea makes sure he relives everything horrible in his life before he remembers why he was there in first.

Turns out Caleb is not such a bad person after all. Can Bea put her revenge scam aside and let the poor boy move on??

This book turns out to be a nice original read. I enjoy the setting of the book was in a airport. It’s was neat seeing how the main characters interact with other. They the only ones about the same age at the airport and must work together to figure our how things works. Even escaping from airport was impossible when the characters went to explore outside and end up back inside. Bea may be stuck at airport for years so she better learn to make some friends along the way also.

Layoverland was such a fun read. You stuck in limbo waiting to move on. Looking for something different, then check it out.

Equal parts Rainbow Rowell’s Fangirl and Jennifer Mathieu’s Moxie, this fiercely crafted feminist YA novel takes on fandom, accountability, and doing the right thing. Even when it hurts.

Lainey wouldn’t mind lugging a camera around a video game convention for her brother, aka YouTube superstar Codemeister, except for one big problem. He’s funny and charming online, but behind closed doors, Cody is a sexist jerk.

SamTheBrave came to this year’s con with one mission: meeting Codemeister—because getting his idol’s attention could be the big break Sam needs.

ShadowWillow is already a successful streamer. But when her fans start shipping her with Code, Shadow concocts a plan to turn the rumors to her advantage.

The three teens’ paths collide when Lainey records one of Cody’s hateful rants on video. Because she’s determined to spill the truth to her brother’s fans—even if that means putting Sam and Shadow in the crosshairs.

Told through three relatable voices and arriving on the heels of the author’s widely praised debut novel, Kat and Meg Conquer the World, this sophomore novel is a nuanced and timely story about followers, fame, and fighting for what’s right.

Fan the Fame is a must read. More people need to know about. The storyline is awesome. I love how it set in a video game convention. Also enjoy some of the characters in the book.

Laniey is like behind the scenes when she goes to these convention with her brother. She does the leg work and gets order around all the time. Her brother treats her like a assistant than a sister half the time. Tired of her brother being a jerk, she plans to get her revenge at the next video convention.

Sam the Brave is a new to the you tube gaming world. He would do anything to get on codemeister good and make his YouTube popular.

Shadowwillow is a popular girl YouTube gamer. Rumors are going around that she dating codemeister. She can use those rumors to boost her channel and try to get to the top.

What happens all these three people bump into each other at a convention? You can just say there lots of drama that unfolds.

This had everything you want for a video game convention. Get a look behind the scenes and what it like being a YouTube gamer. So many fun fandoms all smash together. This book was such a fun read and I really love it. Hope more people add this to there tbr.

Thanks to my editor Stay Fetters at Acourtofcoffeeandbooks for this new banner. 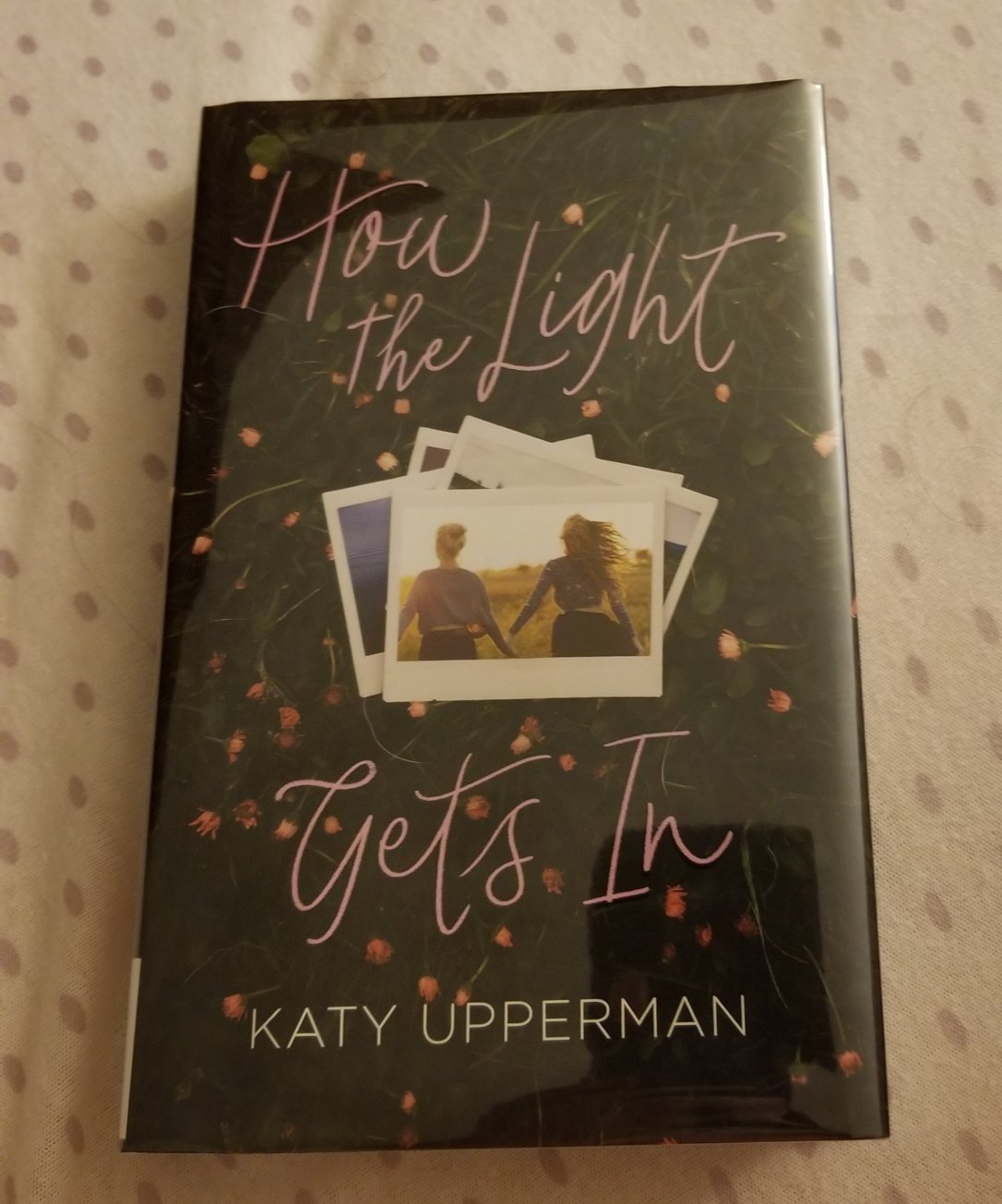 How the light gets in was an alright read for me. Got it at the library and will review it soon. Mostly a sad read on a girl who is grieving over her sister death. 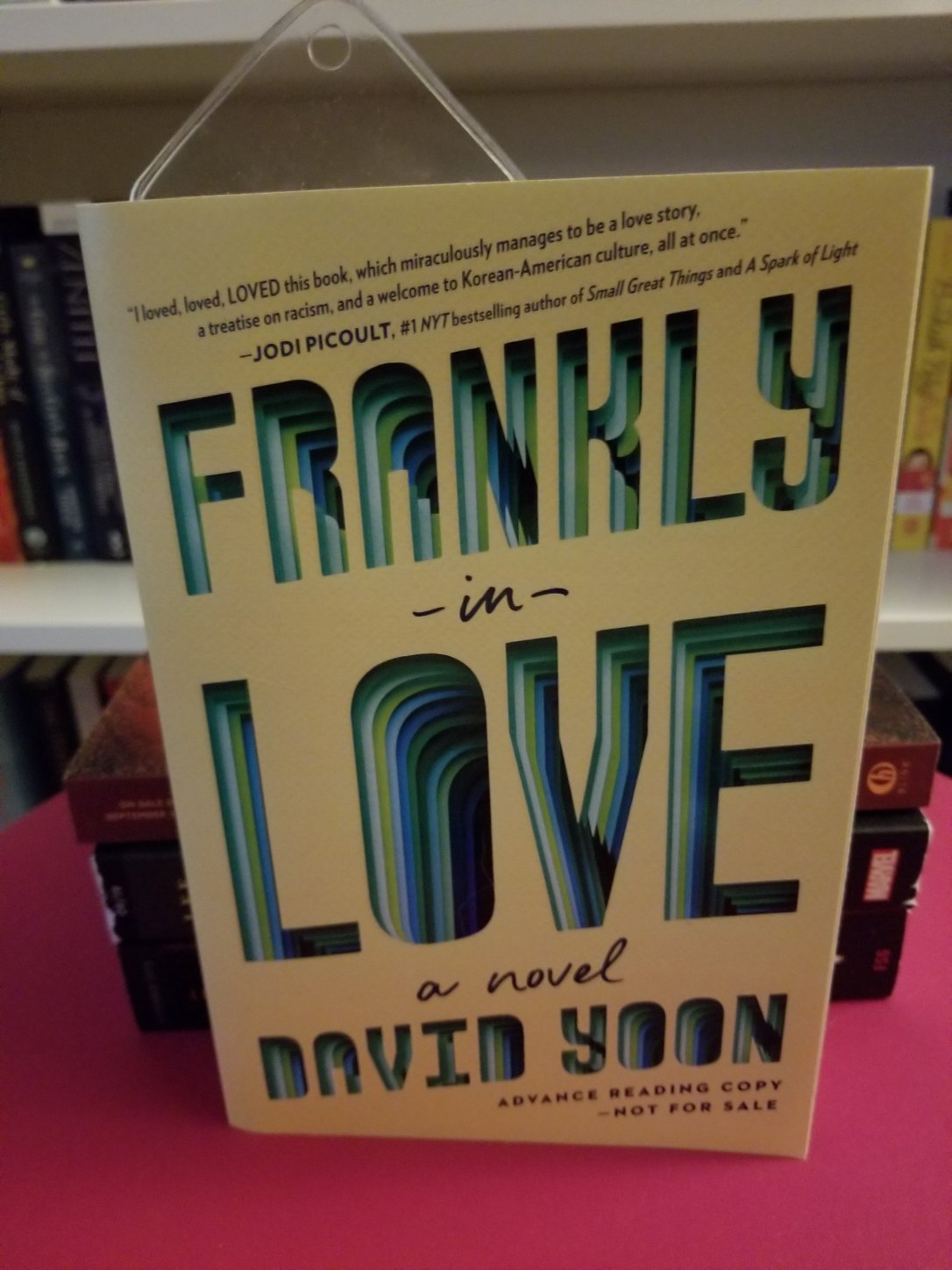 I’m excited to dive into Frankly in Love.

Will pick one of these arcs next to read.

Finally done having tech issues. Will be getting a lot more reviews out when I can. Also please enter my arc giveaway.

Thanks to my co editor, Stay Fetters fromAcourtofcoffeeandbooks for this banner. 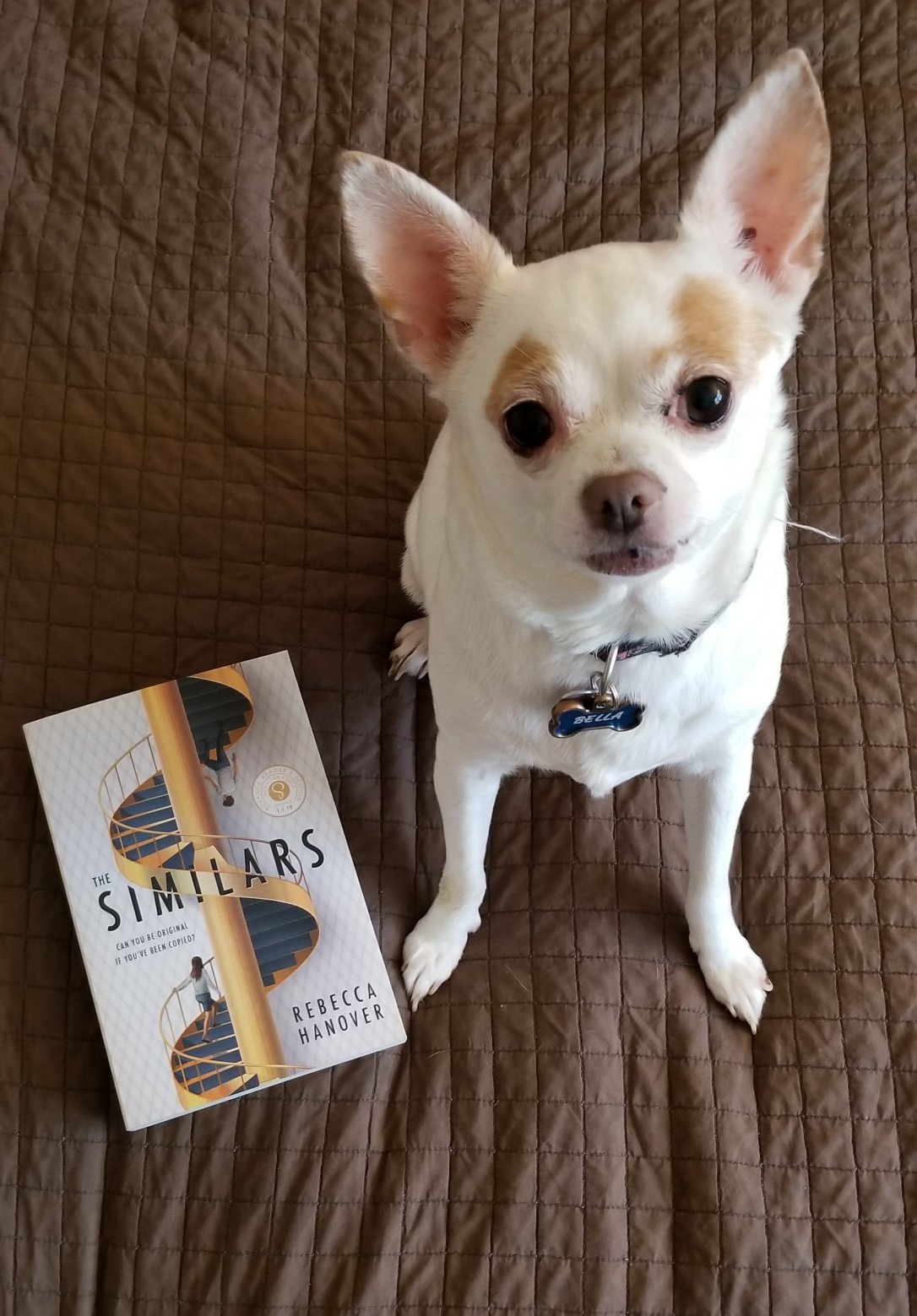 I did love this book. Also my review is up for it.

I got this at the library and loving it.

I seen the movie on Netflix, now time to read the book from the library.

But everything changed the night magic disappeared. Under the orders of a ruthless king, maji were targeted and killed, leaving Zélie without a mother and her people without hope.

Now, Zélie has one chance to bring back magic and strike against the monarchy. With the help of a rogue princess, Zélie must outwit and outrun the crown prince, who is hell-bent on eradicating magic for good.

Danger lurks in Orïsha, where snow leoponaires prowl and vengeful spirits wait in the waters. Yet the greatest danger may be Zélie herself as she struggles to control her powers—and her growing feelings for the enemy.

Book was so good. I enjoy the world building to it and some of the characters in the book. Second best fantasy read of the year for me.

Really like Zelie in the book. She starts off as a fighter and her big mouth will get her on trouble. Lucky her brother, Tzain can get her out of trouble at times. With there luck they run into Princess Amari. With Amari’s brother hunting her down along the way.

So, what trouble has Amari gotten herself into?

How does that involved Zeile and Tzain along the way?

With so many hidden secrets in the book. Also with tons of body count along the way. No one is safe in this world. Told between three point of views. If you enjoy long high fantasy, then this book is for you.