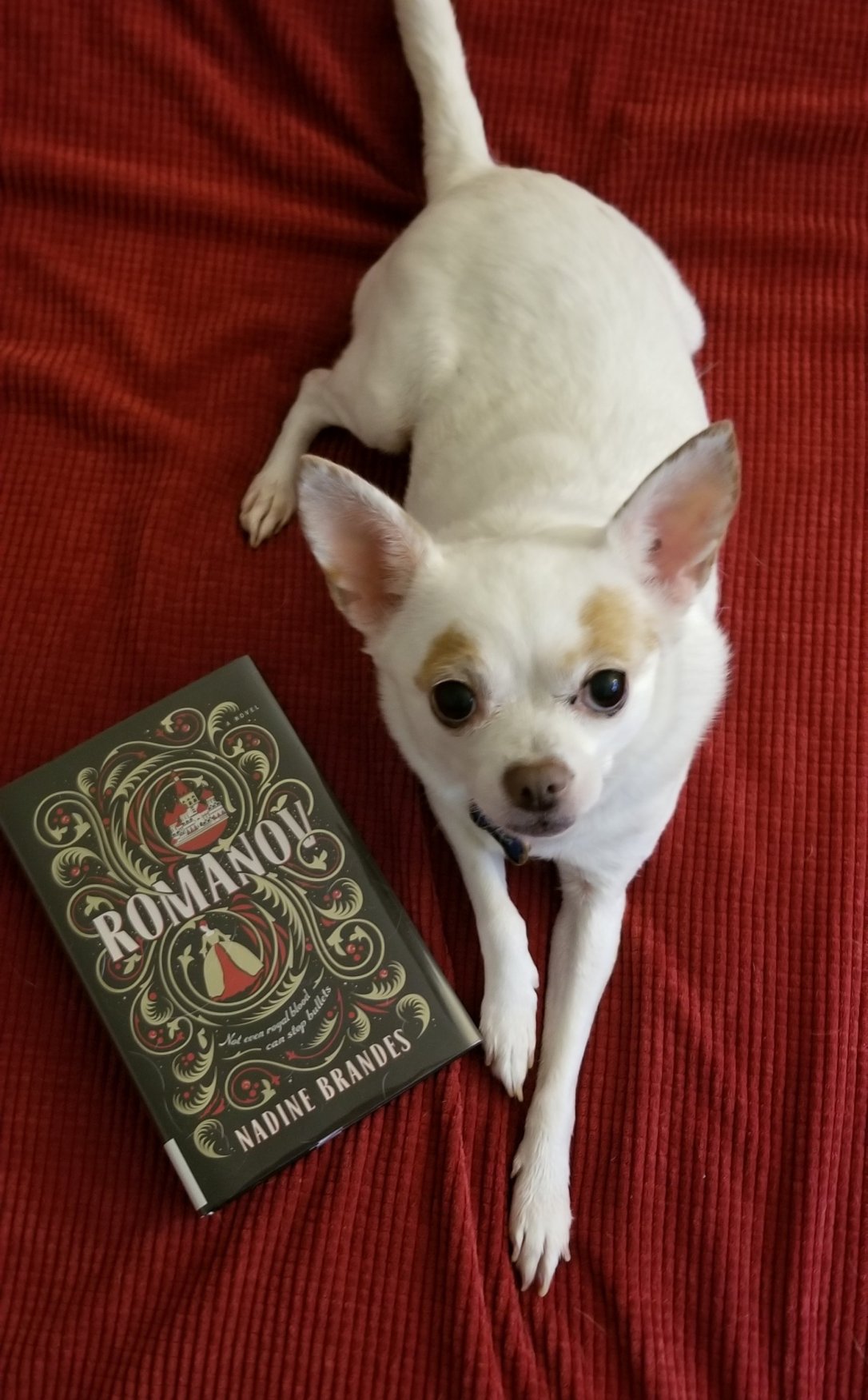 The history books say I died.

They don’t know the half of it.

Anastasia “Nastya” Romanov was given a single mission: to smuggle an ancient spell into her suitcase on her way to exile in Siberia. It might be her family’s only salvation. But the leader of the Bolshevik army is after them, and he’s hunted Romanov before.

Nastya’s only chances of saving herself and her family are to either release the spell and deal with the consequences, or enlist help from Zash, the handsome soldier who doesn’t act like the average Bolshevik. Nastya has only dabbled in magic, but it doesn’t frighten her half as much as her growing attraction to Zash. She likes him. She thinks he might even like her.

Romanov was such another good Anastasia retelling. There been a lot of retellings of the story. Some are true and some are fantasy. The real story is sad, but some people like to make a happy ending story for Princess Anastasia. This book stays close almost close to the real story with a hint of magic to it.

Anastasia in this book, she don’t understand why Rasputin had to die in the begining of the book. People with magical abilities being hunted down and now her family is in trouble for harboring one. Slowly she learning magic herself to heal her sick brother. When her family is taken away, she find a hidden doll. This doll could be the key in saving the family. Now trapped and heavily guarded, will she find out it secrets before it’s to late?

This book you will fall in love with the Romanov familym You will bond with them as they cope being hole up all the time. Maybe fall in love with some guards, who seem nice. But who can the family really trust? If you mood for something magical, and into retellings. You may not be disappointed. Also you can check it out at the library if your unsure.