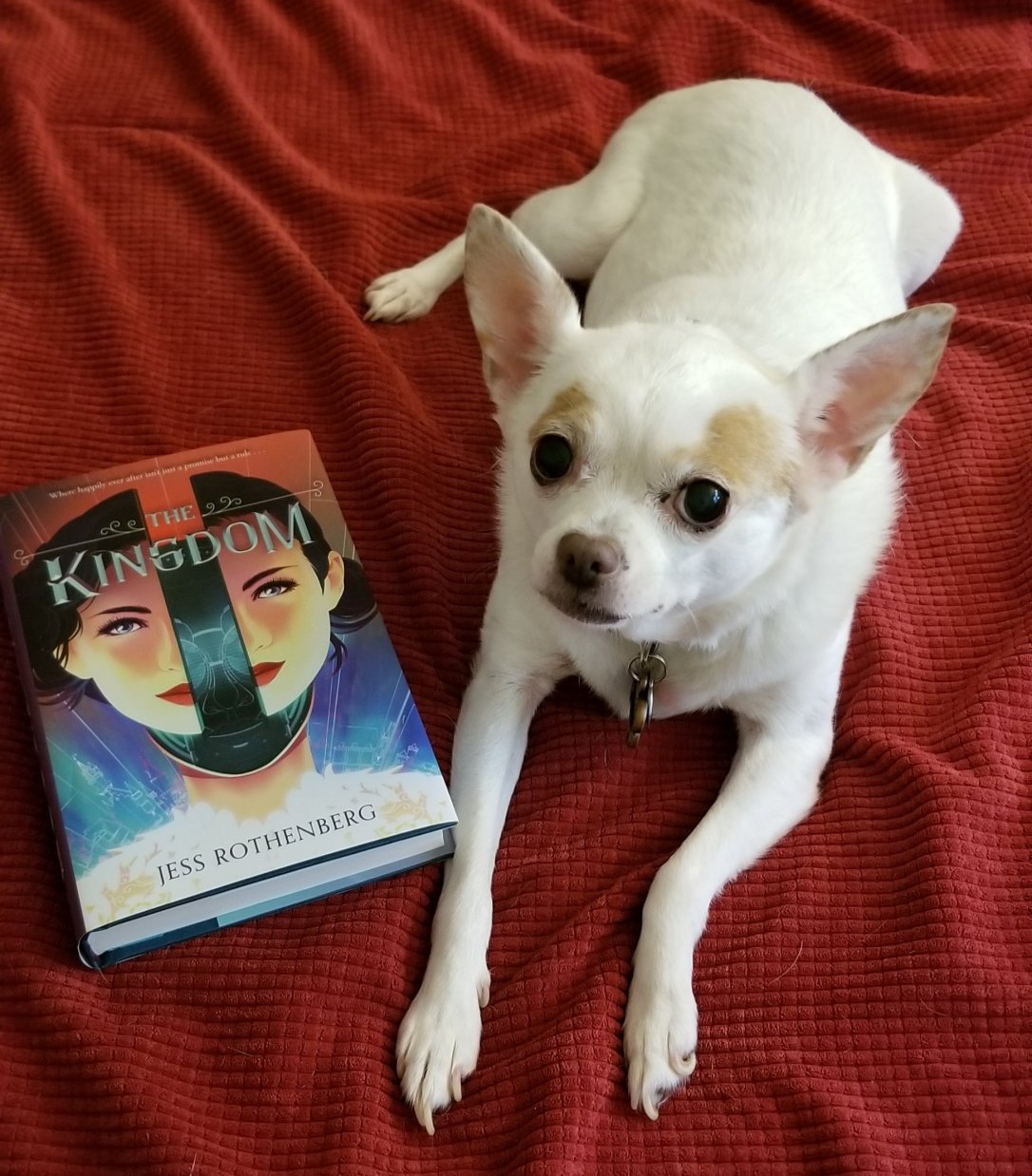 Welcome to the Kingdom… where ‘Happily Ever After’ isn’t just a promise, but a rule.

Glimmering like a jewel behind its gateway, The Kingdom is an immersive fantasy theme park where guests soar on virtual dragons, castles loom like giants, and bioengineered species–formerly extinct–roam free.

Ana is one of seven Fantasists, beautiful “princesses” engineered to make dreams come true. When she meets park employee Owen, Ana begins to experience emotions beyond her programming including, for the first time… love.

But the fairytale becomes a nightmare when Ana is accused of murdering Owen, igniting the trial of the century. Through courtroom testimony, interviews, and Ana’s memories of Owen, emerges a tale of love, lies, and cruelty–and what it truly means to be human.

The Kingdom is such an unique read. I like how original the storyline was and enjoy the characters within the book.

Ana in the book is a Fantasist, kinda like a robot princess. She was built to entertain the kids at the park along with her other sister’s princess. Everything was going good for her until she run into Owen. Somehow she become aware with human emotions and changes within the kingdom and her sisters. What secrets lurk within The Kingdom walls?

I love how the book is set in a amusement park in the future. It told in flashes from the future and the past. It’s a mix of scifi and fantasy. Such a creepy read and nice twist at the end. I hope the story continues with more books. Looking for a fun new read, then check out The Kingdom.

Kenzie holds one truth above all: the company is everything.

As a citizen of Omnistellar Concepts, the most powerful corporation in the solar system, Kenzie has trained her entire life for one goal: to become an elite guard on Sanctuary, Omnistellar’s space prison for superpowered teens too dangerous for Earth. As a junior guard, she’s excited to prove herself to her company—and that means sacrificing anything that won’t propel her forward.

But then a routine drill goes sideways and Kenzie is taken hostage by rioting prisoners.

At first, she’s confident her commanding officer—who also happens to be her mother—will stop at nothing to secure her freedom. Yet it soon becomes clear that her mother is more concerned with sticking to Omnistellar protocol than she is with getting Kenzie out safely.

As Kenzie forms her own plan to escape, she doesn’t realize there’s a more sinister threat looming, something ancient and evil that has clawed its way into Sanctuary from the vacuum of space. And Kenzie might have to team up with her captors to survive—all while beginning to suspect there’s a darker side to the Omnistellar she knows.

I’m glad I picked this book up at ALA this year. My friend loved scifi books so I got it for her. So I read first to see what it was liked. I gonna say I was surprised how much I did love this book. Not a huge scifi reader but this book was so good. Not many readers heard of this book. Hope it gets more attention in the book world. So looking for to book two.

Enough of me rambling. So the story was pretty neat setting. A prison in space, with only about 4 to 6 guards on board. What could possibly gone wrong there?

Thought the book was action packed. Filled with some twists and turns. There so many hidden secrets on the Sanctuary, so be ready to discover what they are. It a quick read and did enjoy every minute of it.

Recently been so busy with work, then crashing early. So behind on some review. Then taking care of Bella for a couple of day because she gotta sick. So some pictures will have Snowball to replace her at times. Even my co-blogger needs a break.

Recently came from NYC from a signing event. Which was fun.

Then getting my August books reads together also. Hopefully sometime this month will start setting up giveaways. Got three reviews to do. One an adult thriller book, if you guys don’t mind me posting that. Sorry for grammar, just tired and got back from NYC. Trying hard to keep blog as active as I can.

Here is my TBR for August

What you are you guys looking forward to read this month? Thanks for following my blog. Have a good night!!

Thanks to my co editor, Stay Fetters from Acourtofcoffeeandbooks for this banner.

Finish up this book last night. I really liked it. Will have to review it sometime this week. Just been busy with work.

Currently Reading and Next Read:

Looking forward to start Campfire. Have no idea what I will read next. Have yet thought that far ahead.

What you guys reading??

Here is the cover reveal for book two of Warcrosd. I’m so excited for this book to come out. Well here is the the cover and summary. Come out in September 18, 2018.

Emika Chen barely made it out of the Warcross Championships alive. Now that she knows the truth behind Hideo’s new NeuroLink algorithm, she can no longer trust the one person she’s always looked up to, who she once thought was on her side.

Determined to put a stop to Hideo’s grim plans, Emika and the Phoenix Riders band together, only to find a new threat lurking on the neon-lit streets of Tokyo. Someone’s put a bounty on Emika’s head, and her sole chance for survival lies with Zero and the Blackcoats, his ruthless crew. But Emika soon learns that Zero isn’t all that he seems–and his protection comes at a price.

Caught in a web of betrayal, with the future of free will at risk, just how far will Emika go to take down the man she loves?

The Three Ws are:

This book was good and just reviewed it.

So far book is a good middle grade book. Will review it later on blog.

What will I read next? 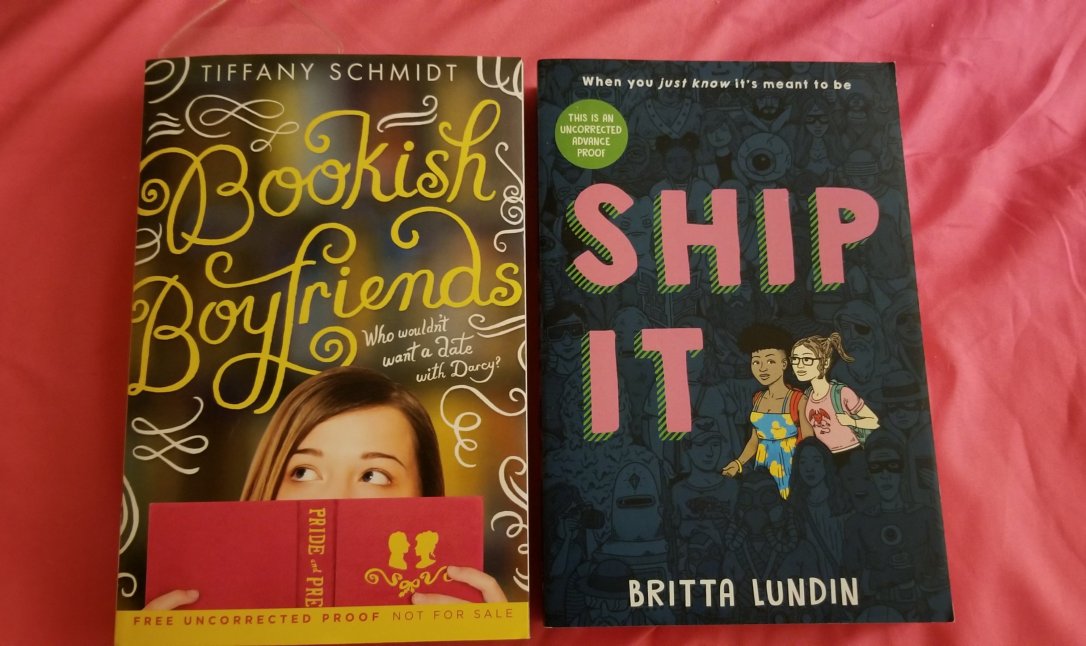 Hopefully get to these books this week.

I did not read much last month. Only 9 books I read. Just been busy and not reading enough. Hope to read more next month. Being the only blogger is hard work. 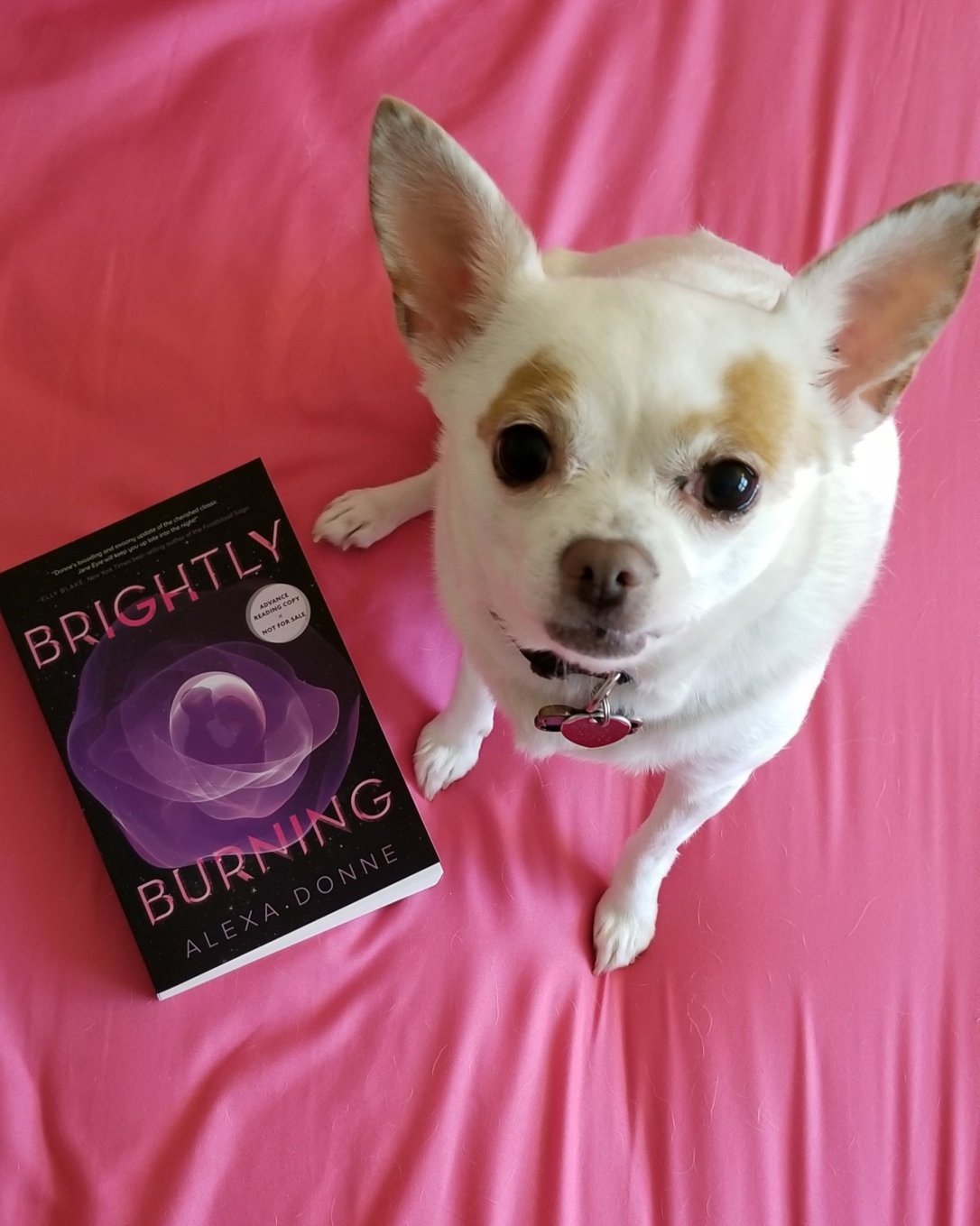 Seventeen-year-old Stella Ainsley wants just one thing: to go somewhere—anywhere—else. Her home is a floundering spaceship that offers few prospects, having been orbiting an ice-encased Earth for two hundred years. When a private ship hires her as a governess, Stella jumps at the chance. The captain of the Rochester, nineteen-year-old Hugo Fairfax, is notorious throughout the fleet for being a moody recluse and a drunk. But with Stella he’s kind.

But the Rochester harbors secrets: Stella is certain someone is trying to kill Hugo, and the more she discovers, the more questions she has about his role in a conspiracy threatening the fleet.

I’m really starting to enjoy space books. This is my third scifi read of the year. I really enjoy the story and the characters in it. It was very nicely detailed on how they lived in space, when earth hit an ice age.

Stella, I liked her in the book. She is a reader, teacher and engineer. Not worry on falling in love yet. She very smart girl and can defend for herself at times. Will she be able to fit in her new role on another ship?

There Hugo, who I did like much. At times he shows he care, but other times he acts like a drunk. With his own secrets he hides from his crew and Stella. Will he be able to let Stella in?

This was a fast pace read with some romance in it. It suppose to be an Jane Eyre retelling. I think it’s for fans who read Jan Eyre and people like me who have never heard of Jane Eyre.

Ready to hop aboard the Rochester?

Petty criminal Zara Cole has a painful past that’s made her stronger than most, which is why she chose life in New Detroit instead of moving with her family to Mars. In her eyes, living inside a dome isn’t much better than a prison cell.

Still, when Zara commits a crime that has her running scared, jail might be exactly where she’s headed. Instead Zara is recruited into the Honors, an elite team of humans selected by the Leviathan—a race of sentient alien ships—to explore the outer reaches of the universe as their passengers.

Zara seizes the chance to flee Earth’s dangers, but when she meets Nadim, the alien ship she’s assigned, Zara starts to feel at home for the first time. But nothing could have prepared her for the dark, ominous truths that lurk behind the alluring glitter of starlight.

Book was pretty good and creepy factor to it. You get chosen as a Honor, to live inside an alien. This alien is shape like a ship also. It was very detailed the book on how Honors was be able to live inside the bellow of a beast.

I liked Zara in the book. She reminds me of me. Just trying to survive on her own when her family leaves for Mars. Also she has some past secrets of her family. It was nice she getting randomly pick being an Honor. Will being a honor, worth it in the end?

This book is good for new sci-fi readers our there. Yes you will encounter other visitors from around the world. Discover hidden secrets on the honor program. This is a fast pace read. So you ready to climb aboard an Alien ship?