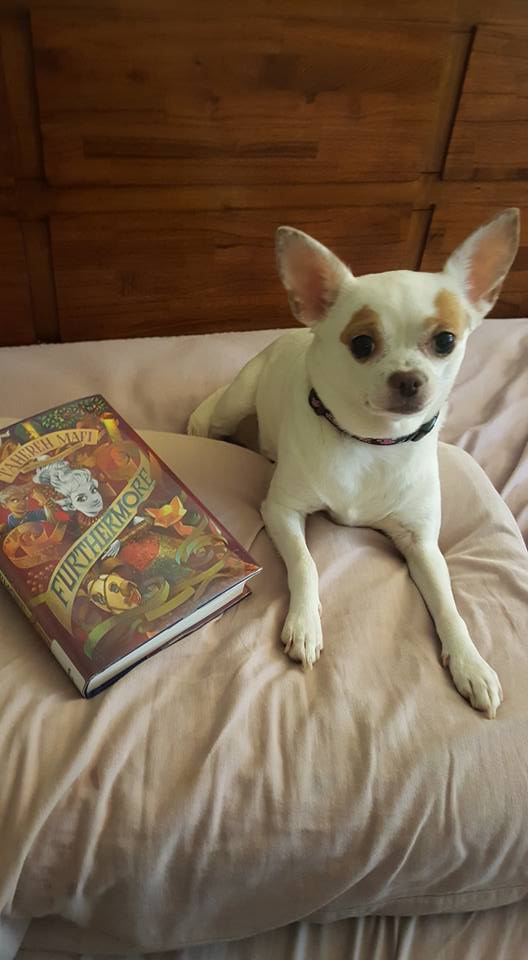 The bestselling author of the Shatter Me series takes readers beyond the limits of their imagination in this captivating new middle grade adventure where color is currency, adventure is inevitable, and friendship is found in the most unexpected places.

There are only three things that matter to twelve-year-old Alice Alexis Queensmeadow: Mother, who wouldn’t miss her; magic and color, which seem to elude her; and Father, who always loved her. The day Father disappears from Ferenwood he takes nothing but a ruler with him. But it’s been almost three years since then, and Alice is determined to find him. She loves her father even more than she loves adventure, and she’s about to embark on one to find the other.

But bringing Father home is no small matter. In order to find him she’ll have to travel through the mythical, dangerous land of Furthermore, where down can be up, paper is alive, and left can be both right and very, very wrong. Her only companion is a boy named Oliver whose own magical ability is based in lies and deceit–and with a liar by her side in a land where nothing is as it seems, it will take all of Alice’s wits (and every limb she’s got) to find Father and return home to Ferenwood in one piece. On her quest to find Father, Alice must first find herself–and hold fast to the magic of love in the face of loss

In Ferenwood, Alice is the only one who is colorless, and she hides her gift from the world. She is a bit of a rebellion since her father had disappear 3 years ago. Her mother is hard on her and when it’s time showcase her gift at the summit with the rest of peers, she end up getting an black card which she has no idea what it means. Thinking she failed and getting kick out of Frenwood, Alice bumps into an old friend Oliver. Oliver had disappear himself during an for the elders of Ferenwood. Oliver comes to Alice with details of her father’s disappearing and need help saving him. So they both enter the world of Furthermore. Furthermore a magical place, where everything seems to come alive. A very deadly place with strict rules to follow or be eaten. We find out Oliver been there before and hiding his own secrets as well why he really brought Alice to Furthermore. Can these two trust each each and save Alice father in time before Furthermore destroy there chance finding her father? So many secrets on their journey you just have to read and find out for yourself. So be ready and be prepare to enter the world of Furthermore! Happy Reading!