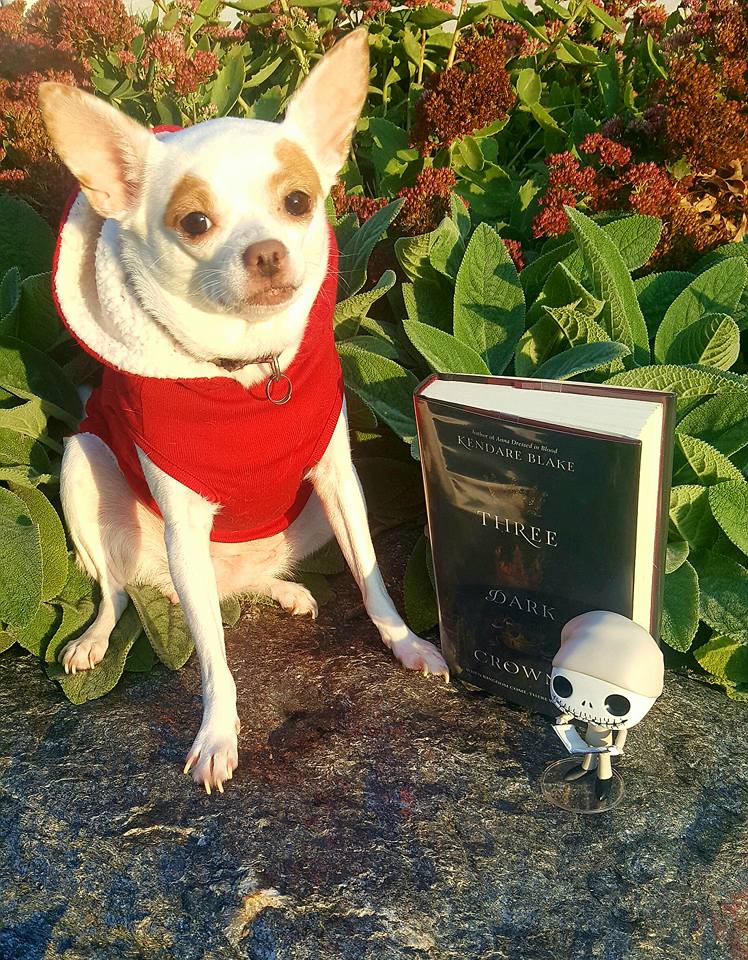 Every generation on the island of Fennbirn, a set of triplets is born: three queens, all equal heirs to the crown and each possessor of a coveted magic. Mirabella is a fierce elemental, able to spark hungry flames or vicious storms at the snap of her fingers. Katharine is a poisoner, one who can ingest the deadliest poisons without so much as a stomachache. Arsinoe, a naturalist, is said to have the ability to bloom the reddest rose and control the fiercest of lions.

But becoming the Queen Crowned isn’t solely a matter of royal birth. Each sister has to fight for it. And it’s not just a game of win or lose…it’s life or death. The night the sisters turn sixteen, the battle begins. The last queen standing gets the crown.

If only it was that simple. Katharine is unable to tolerate the weakest poison, and Arsinoe, no matter how hard she tries, can’t make even a weed grow. The two queens have been shamefully faking their powers, taking care to keep each other, the island, and their powerful sister Mirabella none the wiser. But with alliances being formed, betrayals taking shape, and ruthless revenge haunting the queens’ every move, one thing is certain: the last queen standing might not be the strongest…but she may be the darkest.

Every year in Fennbirn an set of triplets are born, with powers to destroy each other on their 16th birthday. At the age of six they get whisk away living apart for years, training their until it’s time to meet and then start planing on how they will kill one and other for the crown. Only one can come out on top.

Katharine- A poisoner, can eat, make and breathe in poison everyday. Every year an poisoner always win the crown by poisoning their siblings of course. Katharine very good good a poisons, but also hiding an secret from everyone. She is giftless,  with the help of Natalia and Pietyr they hide her secrets and fakes being an poisoner for years. Can she fake her way when the time comes to see her sisters and show off her gifts? Will she be next in line for the crown?

Mirabella- The gifted one of the sister and elemental. Learning for years to control her powers with other elemental for years. Haunted by nightmares of her sister’s death and little memories from their past that where long forgotten. Can she pull her feelings asides and kill her sister to take the crown?

Arsinoe- A naturalist, who can control plants and make flowers bloom, also have the power with animals and become their friends. She is also giftless, be training for years with other naturalist and she had yet learn to master her gift. No animal to call her own. She start using rune magic to help keep up the show, for how long that will that last? Will be ready to meet her sisters and kill them if she could for the crown?

The book introduce the sisters and switch from point of views on what’s been going with them since they have not seen each other in years, learning to control their gifts and to hate each other. The book show much promise and has an very good ending, leaving you wanting more. I think I like Mirabella a bit,but it could all change within the next book in the series. So read and pick out your favorite sister and enjoy the story that unfolds. So Happy Reading!