I am thrilled to be hosting a spot
on the DIG TWO GRAVES by Gretchen McNeil Blog Tour hosted by Rockstar Book Tours. Check out
my post and make sure to enter the giveaway! 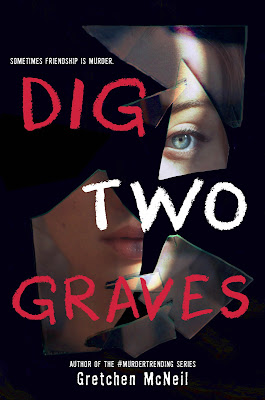 One of Us is Lying meets Hitchcock in this novel from
celebrated author of the #MurderTrending series, Gretchen McNeil.

Seventeen-year-old film noir fan Neve Lanier is a girl who
just wants to be seen, but doesn’t really fit in anywhere. When Neve is
betrayed by her best friend, Yasmin, at the end of the school year, she heads
off to a girl’s empowerment camp feeling like no one will ever love her again.
So when she grabs the attention of the beautiful, charismatic Diane, she falls
right under her spell, and may accidentally promise to murder Diane’s predatory
step-brother, Javier, in exchange for Diane murdering Yasmin. But that was just
a joke…right?

Wrong. When Yasmin turns up dead, Diane comes calling,
attempting to blackmail Neve into murdering Javier. Stalling for time, Neve
pretends to go along with Diane’s plan until she can find a way out that
doesn’t involve homicide. But as she gets to know Javier – and falls for him –
she realizes that everything Diane told her is a lie. Even worse, she discovers
that Yasmin probably wasn’t Diane’s first victim. And unless Neve can stop her,
she won’t be the last.

In this twisted game of cat and mouse, the reader never quite
knows who’s telling the truth, who’s playing games, and who is going to end up
dead.

How far will you go to make new friends?

Nerve life has turn upside, thanks to her ex best friend. Her grandmother makes her go to camp. There she tries to stay invisible and is afraid getting hurt. Then Diana charms her and they become close. She offers to kill her exfriend in return she has to kill Diana’s brother. Nerve think this is a joke at first, until Yasmin is found dead. Nerve now must do her end of the bargain or else.

Dig Two Graves was a fun thrill ride. I really did enjoy the characters and the storyline. It was full of crazy twists and turns also. It really leaves you on the edge of your seats at times. Poor Nerve been through enough and now she is force to kill. People can so cruel, as you can see from high school drama in book. This cover is another like of the main characters. The characters look so tense on it. 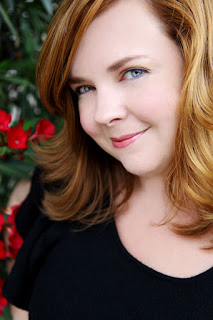 Gretchen McNeil is the author of #MurderTrending, #MurderFunding,
#NoEscape, I’m Not Your Manic Pixie Dream Girl, Possess,
3:59, Relic, and Ten which was adapted as the Lifetime
original movie Ten: Murder Island in 2017, as well as Get Even
and Get Dirty, adapted as the series “Get Even” which is
currently streaming worldwide on BBC iPlayer and Netflix. You can find
her online at http://www.GretchenMcNeil.com, on Instagram @Gretchen_McNeil, and on
Twitter @GretchenMcNeil.

1 winner
will receive a finished copy of DIG TWO GRAVES, US Only.